The Microsoft text-to-speech voices are speech synthesizers provided for use with applications that use the Microsoft Speech API (SAPI) or the Microsoft Speech Server Platform. There are client, server, and mobile versions of Microsoft text-to-speech voices. Client voices are shipped with Windows operating systems; server voices are available for download for use with server applications such as Speech Server, Lync etc. for both Windows client and server platforms, and mobile voices are often shipped with more recent versions of Windows Phone. Windows 10 also brings the mobile text to speech voices to the desktop starting with the Anniversary Update.

Microsoft Sam is the default text-to-speech male voice in Microsoft Windows 2000 and Windows XP. It is used by Narrator, the screen reader program built into the operating system.

There are both SAPI 4 and SAPI 5 versions of these text-to-speech voices. SAPI 4 voices are only available on Windows 2000 and later Windows NT-based operating systems. While SAPI 5 versions of Microsoft Mike and Microsoft Mary are downloadable only as a Merge Module,[1] the installable versions may be installed on end users' systems by speech applications such as Microsoft Reader. SAPI 4 redistributable versions are downloadable for Windows 9x, although no longer from the Microsoft website.

Microsoft Sam, Microsoft Mike and Microsoft Mary can be used on Windows Vista and later with a third-party program (like Speakonia and TTSReader) installed on the machine that supports these operating systems; however, the speech patterns differ from the Windows XP versions of these voices. In addition, LH Michael and LH Michelle can work on Windows 7 and later if Speakonia and the SAPI 4 version of the voices in British English is downloaded.

In 2010, Microsoft released the newer Speech Platform compatible voices for Speech Recognition and Text-to-Speech for use with client and server applications. These voices are available in 26 languages[3] and can be installed on Windows client and server operating systems. Speech Platform voices unlike SAPI 5 voices, are female-only, no male voices are released publicly yet. 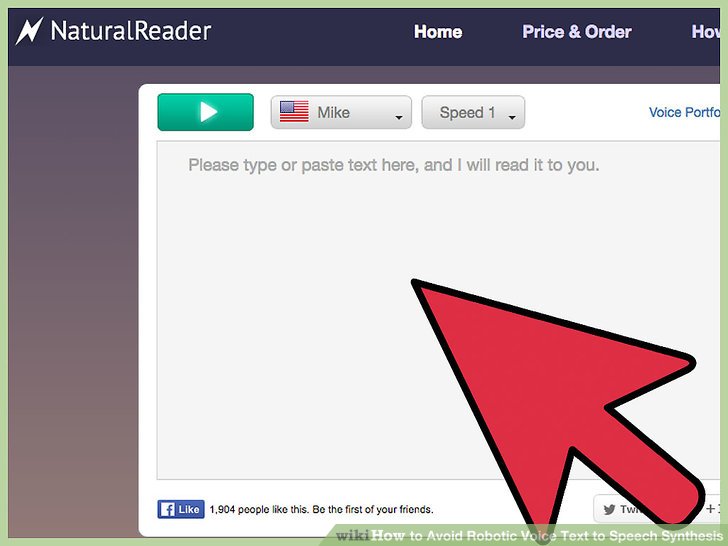 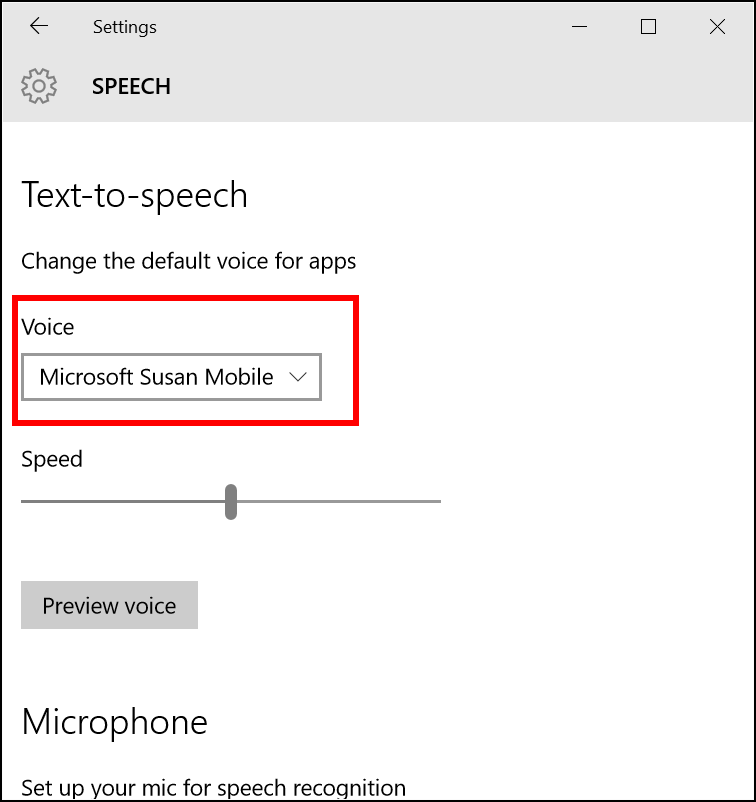 In Windows 8, there are three new client (desktop) voices - Microsoft David (US male), Hazel (UK female) and Zira (US female) which sound more natural than the now-eliminated Microsoft Anna. The server versions of these voices are available via above mentioned Speech Platform for operating systems earlier than Windows 8. Unlike Windows 7 or Vista, one cannot use any third-party program for Microsoft Anna because there is no Anna Voice API for download. Other voices are available for specific language versions of either Windows 8 or Windows 8.1.[4]

Also with these voices language packs are also available for a variety of voices similar to that of Windows 8 and 8.1. None of these voices match the Cortana text-to-speech voice which can be found on Windows Phone 8.1, Windows 10, and Windows 10 Mobile.

In an attempt to unify its software with Windows 10, all of Microsoft's current platforms use the same text-to-speech voices except for Microsoft David and a few others.

Every mobile voice package has the combination of male/female, while most of the desktop voice packages have only female voices. All mobile voices have been made universal and any user who downloads the language pack of that choice will have one extra male and female voice per that package.

A hidden text-to-speech voice in Windows 10 called Microsoft Eva Mobile is present within the system. Users can download a pre-packaged registry file from the windowsreport.com website. Microsoft Eva is believed to be the early voice for Cortana until Microsoft replaced her with the voice of Jen Taylor in most areas.

These voices are updated with Windows to sound more natural than in the original version as seen in updated retail builds of Windows 10.

Retrieved from 'https://en.wikipedia.org/w/index.php?title=Microsoft_text-to-speech_voices&oldid=992597020'
Comments are closed.