Broadly speaking there are six phases of its development:

Prof. Woodrow Wilson is said to be the father of discipline. In his article entitled “The Study of Administration (1887)”, he emphasized the need for a separate study of Public Administration as a distinct from Political Science. He thus initiated Politics-Administration dichotomy which dominated the scene for quite some time.

In 1900 Good now published his work ‘Politics of Administration’ in which he developed this idea further. He said that Politics has to be concerned with the laying down of the policies which administration has to execute.

In 1926, L.D. White wrote the first text book on the subject by, ‘Introduction to the Study of Public Administration.’ It stressed the point that politics and administration are two different activities and the latter has to emphasize efficiency and economy in executing policies.

The dominant theme of the period was principles of Public Administration. The main belief was that there are certain principles of administration and the main thrust was to try to discover them and apply them. 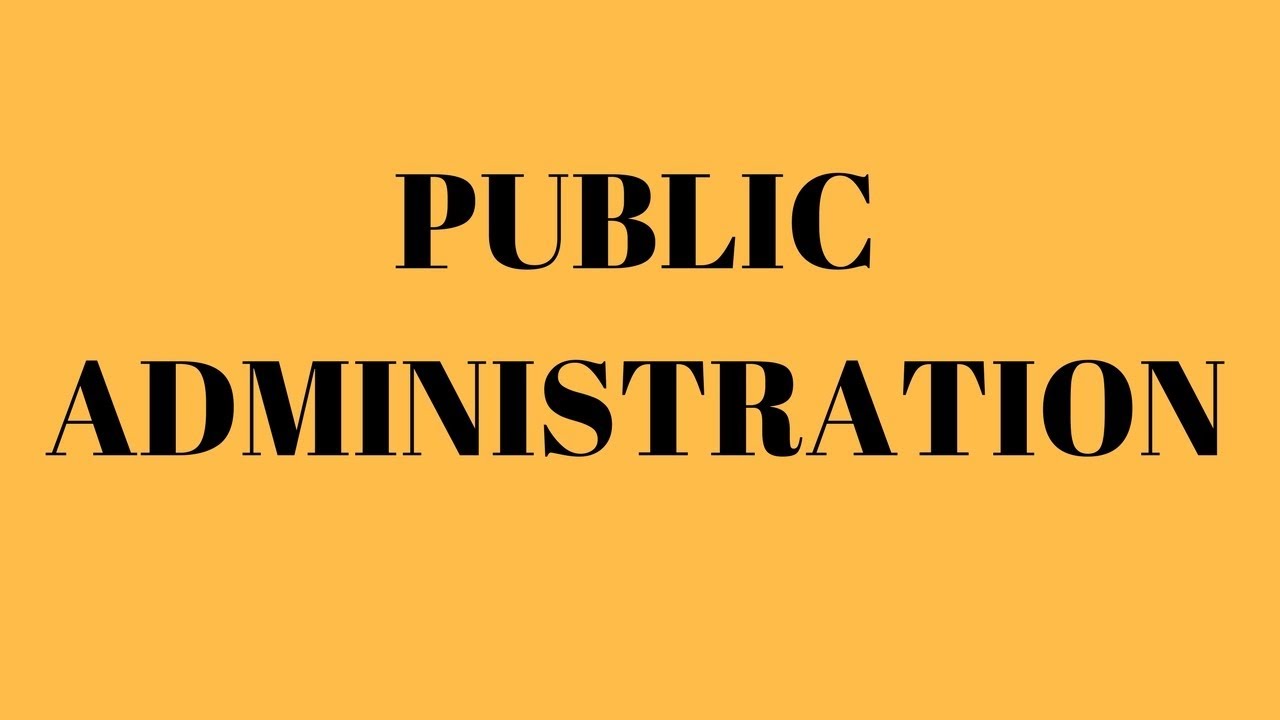 Scientific management to efficiently manage the business of administration was emphasized. Politics as practiced by politicians became irrelevant structure and process of organisation was put to rigorous analysis.

This period is called the Golden Age of Principles and in this period Public administration achieved high degree of respectability. Its products were in great demand.

The universality of the principles of administration was soon challenged. It was a period of continuous and mounting challenge and questioning.

Chester I. Bernard in his ‘The Functions of the Executive’ (1938) did not uphold the stand taken by earlier writers.

In 1947 Robert Dahl also challenged the proposition that Public administration is a science on following grounds:

(a) Science is value-free, but administration cannot be so

This period had been one of crises for the public administration. The brave new world promised by the thinkers of the ‘Principles’ era stood shattered and future appeared to be little uncertain. The rise of new nations added to the problem.

They also felt that the political science not only discouraged the appearance of the Public administration as a separate discipline but did not encourage the growth and development of the discipline within its own fold.

The scientific or logical positivist approaches robbed public administration of its goal making, welfare and social justice available to the man, woman, children in the course of achieving overall socio-economic development.

i. “Towards a New Public Administration : Minnowbrook Perspective” edited by Frank Marini (1971)

ii. “Public Administration in a time of Turbulence” edited by Duright Waldo (1971) However, the seeds of these publications can be located in

1. The Honey Report of Higher Education for Public Service 1967.

2. The Conference on the Theory and Practice of Public Administration 1967

The chief characteristics of New Public Administration are

There had been renewed emphasis on being sensitive to the societal problems. The scholars were of the opinion that Public Administration cannot be instrumental in vacuum. Instead it should actively engage itself in the problem confronting society.

The performance of public administration was to be judged not in terms of growth but it had to be sensitive to the aspect of equity. It had to see that no one was left behind in the affairs tackled by administration.

The concept of cutback management was ushered with emphasis on terminating unneeded or ineffective organisation.

An active and participative citizenry is recognized as the benchmark for effective public Administration.

Freedom and individual dignity were to be protected through administration.

However the so called NPA movement, which had triggered hopes and aspirations of the Negroes and feminists in America, proved to be monstrously unsuccessful in catering to the expectations of the socially deprived class.

Watergate Scandal increased the already existing cyculcism towards government, and propelled the students to think in terms of ‘less of government’ moves to cut out waste corruption and control over bureaucracy was emphasized. The concept of positive state started giving way to regulatory state.

In 1994 a conference of Common Association for Public Administration and Management in Canada synthesized the foundation of New Public Management.

It seeks to reorient the public administration to suit the changing dynamics brought about by liberalisation and Globalization. The theoretical formulations of New Public Management were concretized in work of J.V. Ostram “Calculus of a Concept” etc.

The study and practice of public administration has taken many strides from classical, politics, administration dichotomy to contemporary New Public Management.

Apart from certain setbacks on account of its temptations to be exclusive, it has shown results. If it is to remain relevant in the Globalized world, Public Administration needs to take cognizance of multidimensional aspect of administration.

It needs to acquaint itself with new tools to analyze the impact of culture and ethos of the society where it is instrumental. This has become more warranted in a globalized world.