Bruckell is a fictional American automaker, marketed as an entry-level brand,[1] known to have produced passenger cars as far back as 1973 with the Moonhawk and as recently as 1988 with the LeGran. In the 1980s, the LeGran was the best-selling car in the United States,[2] suggesting Bruckell was at that point a financially successful company. However, since there are no known Bruckell models from the past 32 years and there is currently no advertising for the brand in any map, it is unknown if the company still exists to this day.

An apparent staple of Bruckell vehicles is having lettering spaced out across the rear, as seen on both known models. 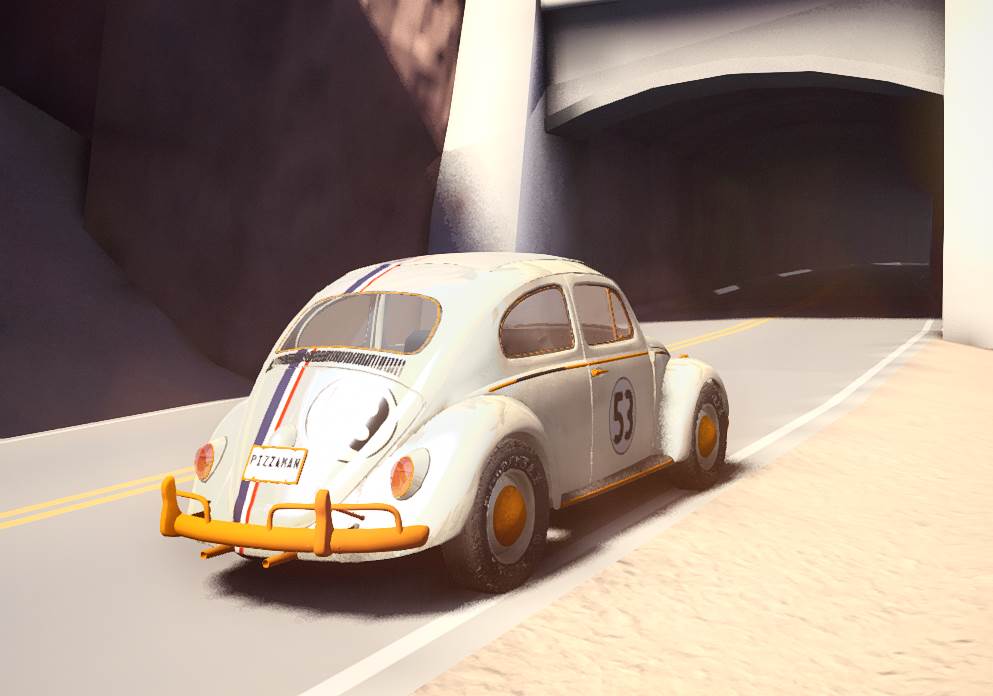 Soliad is a division of Bruckell,[3] known to have produced passenger cars during the 1980s. Currently, not much is known about the company, although its only known model—the Wendover—has been described as having 'sporting pretensions.'[4]

This site uses Javascript and the Adobe Flash Player plugin. The plugin is available at http://get.adobe.com/flashplayer/

This view shows the dashboard of the Beetle. The dash, which would have been considered modern in 1958, appears basic and plain to our 21st century eyes. Note the absence even of a gas gauge! Drivers, sensing the car was running low on gas, would turn the handle of a spare tank that would provide a small known quantity of gas. This, one hoped, would allow the driver to find a filling station.

The VW logo and name brand as it appeared on the 1958 Beetle.

“Let me tell you lad... there were millions of us on the road years ago.”

This cartoon refers to the removal of the Beetle from the new car market in Canada and the United States in the late 1970s. It also highlights how little the design of the car has changed over many generations!

Celebration of the one millionth VW Beetle

The popularity of the VW Beetle increased after the 1968 release of the Disney film, The Love Bug. The star of the film was a 1963 Beetle named Herbie, a car with a mind of its own, which could also drive itself!

How many people can fit into a VW beetle?

More common in the 1960s and 1970s than today, was the challenge of trying to pack a large number of people into one VW Beetle. The current record is 27 people who stuffed themselves into a New Beetle (Type 2) at Penn State in Pennsylvania, on 25 April 2001.