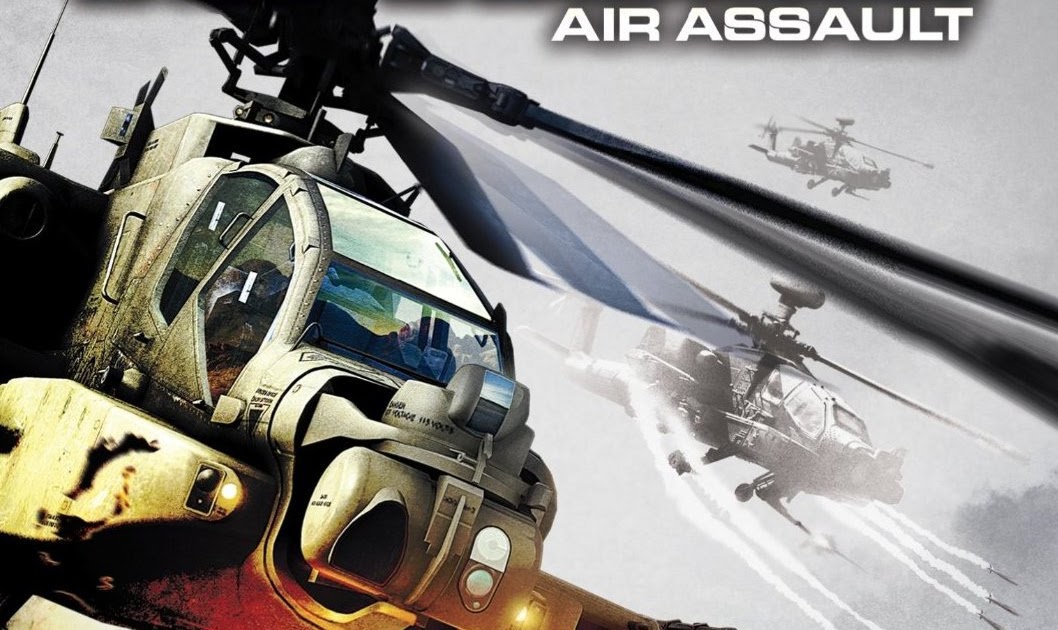 Apache Air Assault PC Game Apache: Air Assault is a new combat flight simulation game based on the Apache AH-64D Longbow attack helicopter. The player takes on the role of three distinct Apache crews that each deal with what at first appears to be localized enemy activity, but eventually reveals itself to be part of the larger plan. PC System Analysis For Apache: Air Assault Requirements Apache: Air Assault requires at least a Radeon HD 4850 or GeForce GTS 250 to meet recommended requirements running on high graphics setting.

Apache AH-64: Air Assault, released as Operation Air Assault in Europe, puts players behind the controls of one of the most sophisticated and deadly attack helicopters in the Boeing arsenal. The fully functional cockpit features a damage meter and displays for engines, rotor brakes, wheel brakes, hover, current weapon, air speed, compass, radar, vertical lift, RPM, torque, collective, and fuel. At the press of a key (F12), pilots can select either arcade mode (recommended for keyboard control) or physics mode, which is based on real physics and recommended for joystick use.

Recent months have been good to sim fans with IL-2 Sturmovik: Forgotten Battles on the shelves, but Forgotten Battles came with a good pedigree and with plenty of advance notice. Apache AH-64 Air Assault is the forlorn relative that shows unexpectedly at the party ... bearing gifts! The game certainly has the trappings of a budget title. It's hardly the epitome of visual splendor, sports only minimal documentation, and lacks features sim fans expect, like multiplayer support, scenario editors, dynamic campaigns, and the ability to customize controls with direct input.

What Apache AH-64 Air Assault does bring is a surprisingly good flight model for its AH-64 Apache helicopter. There are ground effects, there's a relationship between forward movement and lift, and there's yaw support through use of the tail rotor. The game uses a simplified damage model, but certain activities, like damaging the main rotor, can realistically lead to a swift death.

Apache AH-64 Air Assault's story takes inspiration from today's headlines about terrorism and low-intensity conflicts. The fictional premise is a little far-fetched, but not quite science fiction. And several of the game's 31 missions feature tasks like the basic types of jobs the AH-64 performed in Desert Storm. There's close air support, tactical strike, escort, and reconnaissance.

The graphics aren't stunning in the IL-2 Sturmovik sense, but they're not hard on the eyes except for the fact that the infantry soldiers in the game look a little odd. It would be tempting to use the old cliché that this game's graphics would have been a hit five years ago, except that five years ago sims still didn't have much in the way of infantry, and most didn't have 3D environments that included trees and cities with buildings. Apache AH-64 Air Assault's campaign takes place in a coastal region, and there is some variety in the terrain, including lush shores, jagged mountains, and flat deserts.

There are, indeed, some catches. The avionics suite in the game is simplified, as you'd expect for a budget title, but you can only designate targets for homing weapons like the Hellfire missiles. In other helicopter games, you could target for any weapon including the chain gun and the unguided rockets. The ability to target on the heads-up-display is useful for aiming, but in Apache AH-64 Air Assault, when you've got the unguided weapons selected, the game will force targeting to the primary or secondary objective, leaving you often to fire inaccurately. Other Apache sims will automatically aim the chain gun at any selected target in range, but that isn't the case here, and manual targeting and firing of the gun while trying to fly is needlessly difficult.

In addition, the virtual cockpit has working dials and gauges, but except for the compass, they're imprecise and I usually found it easier to use the external-chase view with superimposed instruments. There's also no coordination or communication with the other forces in the arena, and the rudder is too strong at high speeds.